I Need a Hero

Stories Behind the Stories

What makes a hero? How do you define heroism? Do you think of Marvel or DC  Comics? Do you think of Jedi or Hobbits? We should think of real heroes who lay their lives down for us every day: doctors, nurses; and first responders including police officers, firefighters, paramedics, soldiers and average civilians who perform deeds that are anything but average. But let’s face it, in today’s pop culture we all think of science fiction, but when you look at the true stories of the men and women behind these works, you will discover all the incredible and dramatic inspirations that drove these individuals to change the world in their own unique ways. For example, one of the oldest comic detectives in human history is Sir Arthur Conan Doyle’s Sherlock Holmes. But what if I told you that the trench coat wearing pipe smoking British detective with legendary deductive reasoning skills was actually based on a real historic figure who was Scottish? I also grew up addicted to the novels and films of MI6 Agent 007 Bond, James Bond. But did you know that the character is mostly based off of the life of the author himself, Ian Fleming? Superman was created by two Jewish boys from Brooklyn in New York City who used to get beat up by bullies and wondered what a messianic hero might look like. Captain America was developed by a man who himself served as officer in the US Army during World War II. These are the stories behind the stories, the little extra detail most of you have never heard about behind the cultural icons that most of you do know about. This is part one of what I like to call, “Heroic Fridays,” where every Friday we’ll take you on the epic heroic true stories of the legends behind the myths.

Elementary my dear Watson! Most of us are familiar with the cultural icon that is Sherlock Holmes, a fictional detective who uses his genius in deductive reasoning and keen observation skills to assist Scotland Yard to track down notorious criminals and crack the seemingly most “uncrackable” criminal mysteries. Although the fiction is greatly exaggerated, you may be surprised which parts of the legend are actually very real. Dr. Joseph Bell is considered by many to be the father of forensic pathology, having lived between 1837 and 1911. Bell was a distinguished surgeon and lecturer at the University of Edinburgh in Scotland. He pioneered the idea of applying science to crime detection, and in the late Victorian 1800s, England was in the middle of industrialization and crime was on a sharp rise. Between 1874 and 1878, Bell developed and sharpened his detection skills in chemistry, toxicology, pathology and handwriting analysis. These are the foundations of what we know today as CSI, crime scene investigation. 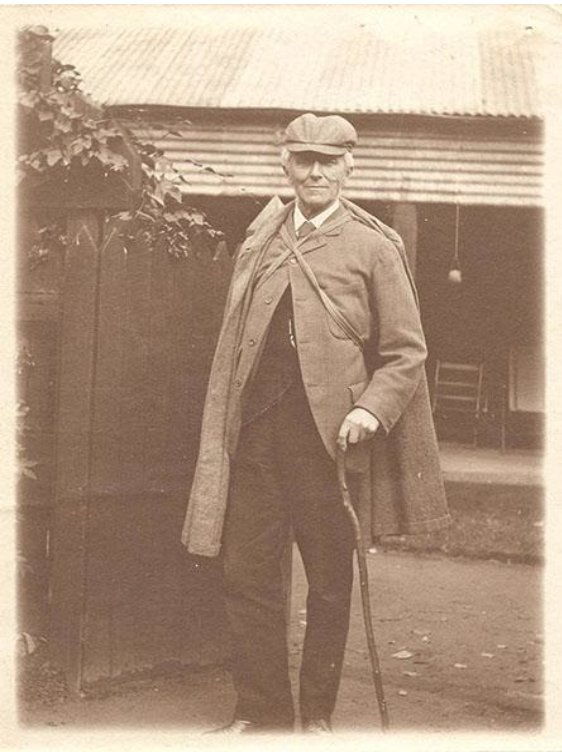 Observe carefully, deduce shrewdly, and confirm with hard evidence. That was what Dr. Bell called “the method.” One of his most captivated students was none other than future author Arthur Conan Doyle, who recalls what seemed to be his old professor’s inhuman supernatural ability to observe the most minute detail, that by simply looking at you, Bell could tell you where you had been and what you had for breakfast! Doyle recalls one case study, “the man who came across the meadow.” Bell looked at the man and said, “Sir, did you enjoy your walk across the west links today?” The man marveled and asked how Dr. Bell knew that, to which Bell indicated that the red clay on the bottom of the man’s shoes gave it away, because in Edinburgh that kind of clay could only be found in that meadow. Then Dr. Bell turned to his class and asked what they could deduce was wrong with this man? One student mentioned the man had an obvious hip problem, but that wasn’t what Bell was referring to. Bell deduced the man’s real problem was chronic alcoholism, and he could tell by the stressed features on the man’s face, the shiny nose and flushed face, and one more dead giveaway, the shiny bottle sticking out of the man’s coat pocket. Details like these stuck out like a sore thumb for Bell, who had trained for years in this kind of work. One of his more famous cases was the death of Anne Lindsey, who survived for two weeks in the hospital after suffering a stabbing attack, but died shortly after. Detectives from Scotland Yard wanted to know if there was any connection between Anne’s death and the stabbing. While performing an autopsy on Anne’s body, Bell noticed one of the victim’s wounds was still seeping, signs which proved that the knife had penetrated deep into Anne’s spinal cord, and that infection was the cause of her death. So detectives knew that the perpetrator was guilty of murder, and it was Dr. Joseph Bell who solved the case.

Perhaps his most notorious case, and surprisingly overlooked by modern society, was Dr. Bell’s involvement in the case of history’s most menacing unsolved serial killer, Jack the Ripper. The murders of Jack the Ripper are to this day known as some of the most violent and gruesome murders. In 1888 Scotland Yard was desperate after so many killings of young women, and they had heard of Dr. Joseph Bell’s growing fame and all the cases he had already solved thanks to his legendary skills in forensic analysis, and they needed his help once more. By that time, Bell’s former student Arthur Conan Doyle had already published his first Sherlock Holmes novels, and detectives at Scotland Yard had no idea they were now working with the real Sherlock Holmes. Observing details like strangulation marks on the victims’ necks he could deduce if the murderer was right handed or left handed, and other details which helped him to build a criminological profile. Out of three suspects, Bell narrowed his focus to one Montague John Druitt, an aristocratic attorney and gentleman from London. Bell could also deduce a person’s character by their style of handwriting, and it’s exactly what he used when he and his colleague wrote a report identifying who Jack the Ripper really was, a report that mysteriously vanished after 1888, but another starling piece of information was that in December that same year, Montague J. Druitt committed suicide, and the Ripper murders suddenly stopped. The question is, did Dr. Bell manage to solve what would become one of the greatest murder mysteries in history? Did he take down Jack the Ripper? Perhaps we’ll never know…

At Endow America Network Foundation, we also love a good story, especially if it’s a true story. And this one’s full of all the ingredients that have made iconic Hollywood dramas possible. But they also show us how seemingly ordinary people from whatever background can do extraordinary things and lead heroic lives. And we believe that you and I can do just that, be heroic through the power of education and human kindness, endowing both America and the world entire. Stay tuned for next week’s edition of Heroic Fridays brought to you by the Endow America Network Foundation. Please visit our website at www.socialsecharity.org to learn more about all our projects and be sure to like us on Facebook @SocialSecharity and tune in to our weekly webcast Route 664: The Road To Human Kindness. Until next time, this is Ozman, bidding you to dare to be heroic!

Social Secharity (Section 664) is a bold new way to move the country from 30 trillion in debt to economic well being through charitable wealth. Help resolve our country’s problems, improve your own future income and pay less tax! Best of all be a grateful benefactor to your community.